Have you heard of the Bridge House Estates? 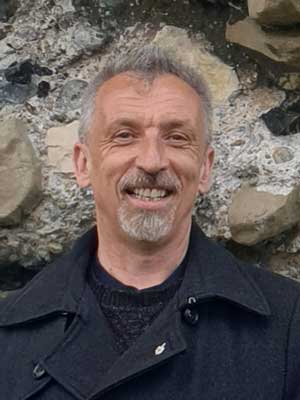 Imagine an organisation that has been around for over 700 years, is responsible for two of the world’s most famous structures and yet is almost unheard of, even in its own city.

The Bridge House Estates is exactly that – the body responsible for the construction of both London Bridge and Tower Bridge, as well as various other structures and buildings around London but how did such an organisation come about?

Back in 1176, Peter de Colechurch, began building the first stone bridge across the Thames. This was the original London Bridge, which took 33 years to finish. The Bridge remained an important crossing until 1831, when it was finally replaced. To equal that record the current London Bridge will need to stand until 2595!

Peter was head of the 'Fraternity of St. Thomas' who, around 1205, built a chapel at the centre of the Bridge dedicated to St Thomas, London’s home-grown saint and martyr.

The 'Fraternity', also known as the 'Brethren of the Bridge' , lived in the Bridge House, located on the southern bank of the river nearby, and were responsible for running and maintaining the bridge. The church raised funds for the bridge’s upkeep, assisted by its locale, as pilgrims would leave donations before setting off southwards on the pilgrimage to Thomas’s tomb in Canterbury. More money came from bridge tolls for crossing, rents and penalty fares.

Now, most of you will have heard of the nursery rhyme “London Bridge is Falling Down” but did you know its origins? In 1269 Henry III diverted funds from bridge tolls to his wife, Eleanor, who some believe is the “My Fair Lady” in the now famous nursey rhyme. Just over a decade later, their son, Edward I, awarded the Bridge House Estates a charter in 1282, kept ownership with the Crown but made the City of London Corporation responsible for maintaining the Bridge ensuring its upkeep for centuries to come.

By the end of the 13th century significant amounts of wealth had accumulated in the Bridge House Estates as it was considered a religious and civic duty to donate to the bridge. Over time the fund grew ever larger thanks to bequests; grants from wills; donations to “God and The Bridge”; tolls and levies; and good administration and investment by the two Bridge Masters, who were elected by the Citizens of London.

This right was enshrined in the 1319 Charter from Edward II, which transferred ownership of the bridge from Crown to City.

Ownership was often identified by the Bridge Mark, which first appeared on maps and plans in the 1500s. Look for one the next time you cross on of the City's bridges, like Tower Bridge, there may even be one on a property near you. The most distant is on Old London Bridge, which is now located on Lake Havasu City, Arizona (but that’s a story for another day).

Most recently, The Bridge House Estates built the Millennium Bridge, between  St Pauls Cathedral and the Tate Modern, to mark the year 2000.

The Bridge House Estates is one of the richest charities in the county, not including the value of the bridges themselves. And, through its charitable arm, the  City Bridge Trust, it donates more than £20 million a year to charitable causes across Greater London.

Did you know, when you visit Tower Bridge, your admission contributes towards the charitable efforts of the City Bridge Trust, more than £6m every year?

The Bridge House Estates is an extraordinary and fascinating organisation, which many Londoners will have never heard of, but of which Londoners should be rightly proud.

Richard Smith is a Qualified City of London Guide and Welcome Host Team Leader at Tower Bridge and The Monument. He is part of the team involved in the historical research for both sites and regularly presents tours of Tower Bridge, the Monument and the surrounding area.