Written by Clare Morgan
Foreword and editing by Bethany Marett

Did you learn a new language during the lockdown? How about picking up a bit of Cockney rhyming slang? Rhyming slang is believed to have originated in the East End of London in the 1840s, so we would bet there was a bit of it spoken amongst our workforce in the 1880s.

Brush up on your London lingo while learning some Brass Tacks (facts) about how the Bridge was built.

From the start of the Coronavirus Lockdown in the United Kingdom, one word has dominated the news cycle: PPE, or personal protective equipment.

However, back when Tower Bridge was built in 1894, there was no such thing! No ‘Health and Safety’ - at least as we know it - and certainly no Tit for Tat (hat) to protect your Loaf of Bread (head). When it came to protective clothing, the workers were on their Jack Jones (own). 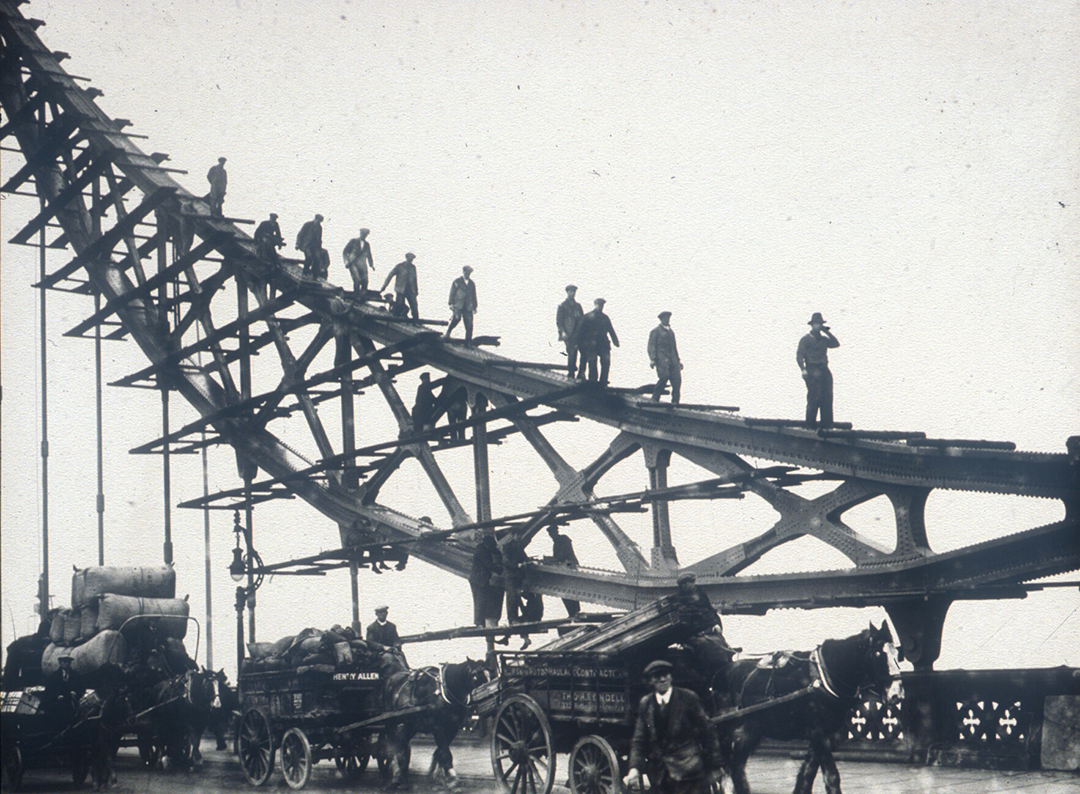 Workers at the time of Tower Bridge's construction ©Tower Bridge, City of London

The steel workers and riveters would work in gangs or teams of four or more. Here you could meet the ‘Cook’, the ‘Catcher’, the ‘Holder-Upper’ and the ‘Basher’. You’ve gotta Adam and Eve it (believe) that each job was essential, dangerous and took plenty of skill.

The Cook would stand at the bottom, planted firmly on his Plates of Meat (feet). The rivets would be heated until glowing in the furnace, they were so hot they would look white to the Mince Pies (eyes)!

Using his tongs to grip each rivet, the Cook would gaze up and with his North and South (mouth), yell and throw the rivet high up into the air to the Catcher above. The Catcher would lean out to have a Butchers (Butchers Hook: look), and with a leather or wooden bucket lined with ash, skillfully catch the red hot rivet.

After inserting the rivet into the hole and passing to the Holder-Upper, then it was time to turn back around and have another Butchers to catch more rivets!

Now the Holder-Upper’s job was to secure the rivet in the hole using his Chalk Farm (arm), with the rounded side up. This allowed the Basher to hit it with a hammer, banging the rivet in flush to the steel. As it cooled, it would contract and the join would be the Isle of Wight (tight).

There would be a team working each side of the Shake and Shiver (river). They toiled for 24 hours round the Dickory Dock (clock). Through all sorts of weather conditions they worked, from the Pleasure and Pain (rain) to under the hot Currant Bun (sun).

As well as Londoners, many workers came down from Scotland and this would mean they brought the whole family with them. The Pot And Pan (the old man or father), the Trouble And Strife (wife) and the Saucepan Lids (kids) came too.

Sir William Arrol & Co. were responsible for providing most of the steel workers. During the peak of construction, there could be at least 280 men and boys working just on the steel, earning their Bees and Honey (money). Many families and workers under William Arrol took up lodgings in the Jubilee buildings in Wapping.

The youngest worker was but a Saucepan Lid himself, just 15 years of age. John Chalk and his family lived in poverty up in the north but managed to make the journey south to London. He had to work the same hours as adults and no slacking was allowed, otherwise he’d be in right Barney Rubble (trouble).

The riveters played a crucial role in building Tower Bridge and riveting continued to be an important job for some time, with many ships and buildings constructed this way.

During the Second World War, ‘Rosie the Riveter’ was introduced to encourage the Trouble and Strife’s who were at home to come out and do the jobs for all their Pots and Pans. So please remember: in order to have a riveting good time, especially when constructing a bridge, always wear a Tit for Tat to protect your Loaf, let alone your ol’ Barnet (Barnet Fair: hair).

Clare Morgan is a Welcome Host at Tower Bridge. 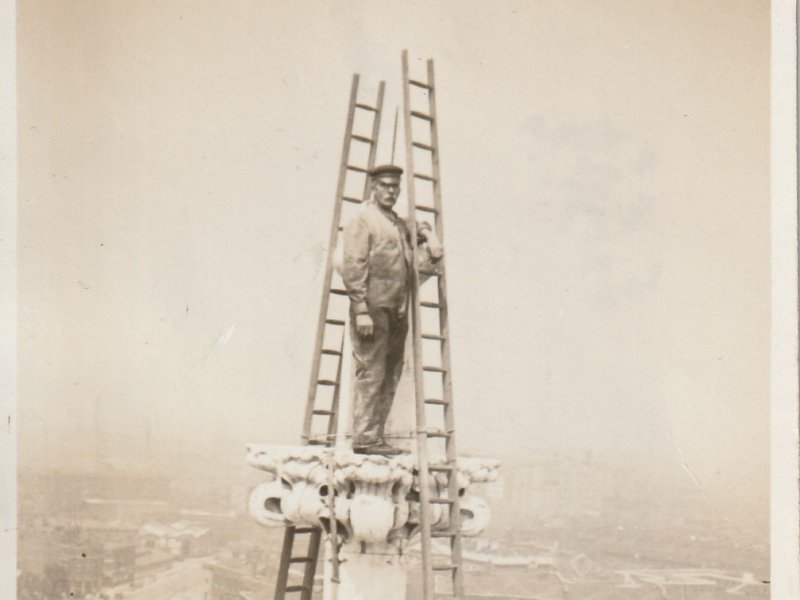